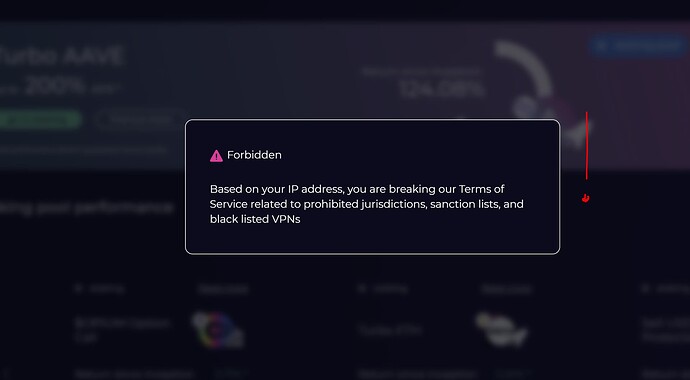 Today I realized that some of the countries is blocked! from the opium protocol website!
this is hilarious . We state in whitepaper that we build permissionless and open protocol… and… THIS.
It seems the reason of that is because the website is property of the company behind opium protocol…
so, no one stop us to build community\DAO driven website… as true permissionless interface to the protocol.
So, opium team (@alirun @andrey ) what do you think ? Is it possible at all to do so ? or we have to accept that there IS restrictions which not allow us to make OPIUM as such as stated in whitepaper ?

If answer is - yes its possible, then we can discuss here the exact ways how to do it.
As an idea - I suppose nothing stop us to put all current website sources as opensource. Then someone from the community can build community_driven mirror version of the official website and tosting it somewhere…

I have seen community has built and keep improving permissionless IPFS version that works with blockchain
I thought that’s quite crazy and interesting at the same time, but then I have seen AAVE, Uniswap and other communities are doing the same

wow, where you have seen it ? can you please share the link?

Hi there, just built a simple alternative decentralized UI for Opium pools Here is the link to stake/unstake into pools https://ipfs.io/ipfs/QmUcsrRqCdV54c4rtzAYk4ZieSjKZM6qvGknh7dUUtBgLr/ Feel free to contribute and help to make it bigger and powerful

ahhh! yes yes! I recall it! this guy is rock!