Hey guys, anyone has some cool derivatives ideas what might be built on opium protocol?
Don’t have to be entirely thought out, was thinking more like a brainstorming.

For example yesterday I found one rly cool product - 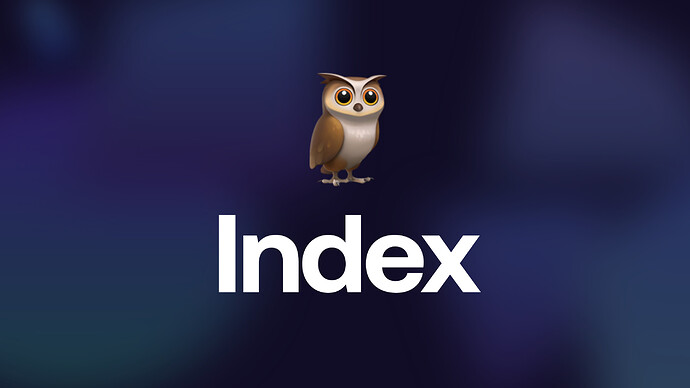 Basically it’s a smart contract leveraged eth. Can read about the specifics more on their page.

That got me thinking about maybe anyone being able to take some leveraged position on smth and opium hedging that risk by offering collateral support. Smth like that… either like collateral support or smth else.

So that buyers can take leveraged position on smth with extra support so that they don’t get liquidated when it goes on the opposite direction. And shakers get share of the position. Haven’t worked out the exact numbers yet, but it’s a start. How does it sound?

I’m not a programmer, I don’t know how hard would it be to do smth like that.

thats interesting
Let me read how it works

at the same time, as I said in another post "Why dont we introduce “Opium Turbos” - highly leverage positions for an asset (say ETH).
Basically it is simple: buy turboETH for 100 DAI and get 500 DAI at the end of the week if ETH is up. Lose part or whole amount if ETH is down…

What do you guys think?"

We are calculation multi-insurance pools (one pool covers several risks, getting several returns, more capital efficiency and diversification). Anyone who is good in mathematics/financial modelling please join.

Basically it is simple: buy turboETH for 100 DAI and get 500 DAI at the end of the week if ETH is up. Lose part or whole amount if ETH is down…

I really like this idea. But there also must be a party betting against ETH going down otherwise where’s the money coming from?

It would be nice to let the user choose the timespan. e.g. I bet that ETH will be up in 3 days. But there also need to be a counterpart which bets against it. I’ve no idea how to make this kind of system though This in case of some kind of ALL IN situation

NOTE: This is gambling. But the actual leverage is determined by YES / NO pool ratio.

Saw the opium TURBOS today.
https://medium.com/opium-network/introducing-opium-turbos-581a647654d7
It got me so excited to see this come to life

Lets see how it goes, what other assets can be underlying of Turbo?

We are testing Turbo AAVE on Matic as there is too much such tokens and can be cool for AAVE.

Actually now that i look at wbtc chart, i think its a pretty good option.

I have one proposition though.
IMO the staking side on the turbos should be in opium for 2 reasons at least:

Considering how cheap the swaps are on polygon, it shouldn’t be an issue, or are there some other issues at play here?

On second thought, why not make it all based on opium so that the price of the underlying asset is just tracked?

Staking Opium may be work in the long-term.but it doesnt work at a early stage.
Currently the circulating ratio is so low(6%),so we need consider the price manipulation.Image buyer pays weth (or other tokens )to buy a turbo, he will get Opium back as reward if he wins,but its easy to manipulate the opium price.Buyer will get less opium if the price is high when the position gets liqudated,but if the price dumps 20% next day, Buyer will get loss from the dump.Thus I dont think token with much more volatile price is attractive to buyer to get as reward.
Bancor is a good example. we know Bancor is the first AMM DEX in history,but it doesnt get huge success like uniswap. Because it selected BNT as a intermediary token in its every pair while Uniswap selected ETH. Traders prefer more price-stable token,and it should works for buyers as well.
Price fluctuation is normal in crypto. But we need to protect buyer as possible.so its important to increase the circulating supply of Opium currently. when the secondary market is active enough,buyer could trust Opium is a relatively price-stable token.Maybe it’s time to propose opium as a staking token.

The buyer pays Opium token to buy turbo and gets paid out in Opium token. Margin token must always be the same.

I know that,but my point is that OPIUM is not appropriate as a margin token now.Paying with eth or wbtc is more attractive than paying with opium for buyer at early stage.
I dont think most buyers are willing to pay with OPIUM. The OPIUM trading market is not enough active now, if a buyer has $2700, I just think he would prefer 1 eth to 408 OPIUM as margin token.
If we want to make OPIUM as margin token, we need make the trading market more active to avoid easy manipulation firstly.Active trading market should be with enough liquidity and volume, but two metrics of OPIUM is far from the average currently.

If you could check the circulating supply and ratio of UNI,SUSHI or any other well-know defi token on coingecko, you may understand why I want to propose to decrease the clarity fee and period

They’re not exclusive to each other. You can offer both Opium and ETH. This can be a simple selection field in the UI. Issuance of Opium is a different issue.

Yes, they can. Personally I think buyer will choose to select eth instead of OPIUM now.
If you want to buyer uses OPIUM, the trading market should be active enough. otherwise it doesnt make sense why buyer uses OPIUM

WMATIC should also be an option. That’s what users most likely have in their wallet.

Yes, Token with common use is attractive.but currently the first choice could be eth or wbtc

On the collateral we can use LP tokens (Opium/ETH) they are less volatile than anything else and we can propose extra farming there. I think it is very interesting and more stable

We have an idea to introduce call options on Opium and KPI based call options. So people can stake their Opium and collect premiums, at the same time buyers can get upside by only buying an option. Can be cool with right parameters.

Looks like we will propose dev-mining as well as there quite some people developing for Opium. Can be also with embedded option or KPI option on top of normal tokens.

Discussing insurance for Matic bridge at the same time

And finally we are testing short turbos, price guarantees and volatility index.