Proposal: Support the development of community version of Opium Finance

There is the result of the voting for the Proposal: Pre-payment for the Business Analyst phase of “Oh My Opium”
https://signal.opium.network/#/proposal/QmQqtBbzxNuV4V3WqMF227iMkykRLmGzXbCe3D46KcUFjq

Thank you very much

We have completed the BA phase and are ready to start the development phase:

You are always welcome if you have any additional questions.

As we’ve promised before, after the Business Analysis phase we are providing you with the precise estimated cost and timeline for the development part of “Oh My Opium”.
Following the link, you can find a detailed breakdown estimation - https://docs.google.com/spreadsheets/d/19s8IRqvV5j1Pskr7o2XWxREKXgmk3issE_LpglAq7B0/edit?usp=sharing

Looks good to me, thank you for the report!

Hope all of you are doing great.

Following the link you can find a "Proposal: Grant to Support the development of “Oh My Opium” - Snapshot

During Sprint 1 our team did:

Result of Sprint 1: working header with tabs, network switcher, login popup (log in is still only through metamask wallet), log out.
The next Sprint will include work on the Pools page.

We have completed Design Review and described it with main ideas that will be good for the user experience and user interface in Oh My Opium.

We have written recommendations regarding:

For more details on the report, please follow the link: UX/UI Recommendations for Oh My Opium - Google Documenten

The design we reviewed: https://www.figma.com/file/NHATKI8lCAo2S7MyRccghb/oh-my-opium?node-id=0%3A1

Good afternoon! We have completed Sprint 2 and are ready to start Sprint 3.

During Sprint 2 our team did:

Good afternoon! We want to share with you the intermediate result of Sprint 3.

During this time our team did:

Now we work with testing and edits.

Good afternoon! We have already finished Sprint 3 and now we are in the Stabilization phase of development.

During this time our team did:

The result you can see on the Dev environment: https://opiumdevcodemotionninja-development.on.fleek.co/

Link to the repository: GitHub - Daa17/oh-my-opium-Dev

We will write soon regarding our plans and dates of finish.

Good afternoon! We write with updates.

The report with logged time and task you can find here: Tempo - Codemotion (1).pdf - Google Drive

Now we have in work such tasks

We plan that all tasks will be completed next week. It may take a little more time for new edits if any will appear.

The result you can see on the Dev environment: https://opiumdevcodemotionninja-development.on.fleek.co/

I believe that you guys worked on this, but IMO considering your time and budget reports, delay with the delivery, and looking at the Github commits you shared: this project was implemented by a team of junior devs without much effort from the company itself to anyhow speed up the dev process and make it more efficient. Sorry to say.

Below I show examples that a lot of the time was spent on the project inadequately (due to the simple lack of devs’ knowledge on basic things?). I think it’s not fair to pay for these inefficiencies from the DAO at the expense of the token holders.

I’m only writing it now, as you did not send here any mid-term time and budget reports (also you should send docs in pdf format on IPFS instead of changeable google docs).

Comparing the initial Oh My Opium with the one that you delivered, I see that there is only a markup change. Which was reported as 5 hours of markup, which is ok. But additionally, there is a time reported for Wrap / Unwrap (which I assume is the same component) and it was reported as an additional 31h (16.5 + 14.5). So almost one week of work on what?

More than 1 week (49h) was spent on this. I don’t know what was done there, but clearly, it has nothing to do with the React application codebase and I don’t see any impact on the project at all.

I see that together 2 developers spent like 70 hours on this (almost 2 weeks). It’s clear to me that there is no need to spend such an amount of time on one simple component, that in my opinion will take MAX 3 days for a senior dev to implement from scratch, but not 2 weeks.

Filtering, for almost one week of work (27 hours). Don’t see any impact of this spent time on the project.

And I’m not done yet, I think almost all the reported work was implemented 2-3 times longer than it should have. Examples: sorts, filters, web3 integration (?), staking only functionality, etc.

As far as I understand, in the beginning, there was already a functioning platform, which only needed markup and “additional” functionality, which was confirmed by your BA phase.

A big question to the project manager time reports, that had to spend half of the developers’ time (1 month). What was done there? What took 160h of PM’s work?

Community already paid 6k$ for the BA phase, which was supposed to ease the development process and answer all questions, and it already paid 17k$ for the development itself. You directly dropped these tokens on the market and you are asking 48k Opium tokens, which has extremely low liquidity now and the community holding them, while the team is releasing Opium 2.0 and protocol just started to pick up volumes, partnerships and adoption.

Overall this project is one frontend screen that is according to my experience done with one senior developer within 2-3 weeks max. I show it to a few of my tech lead friends and they access such development to 80-160 man hours of an experienced developer.

Your budget of 42k USD looks 5-10x overpriced and sorry to say but when I see your report with all these completely unnecessary and inefficient charges I have very serious doubts regarding 160 hours of project management and seniority of developers.

Conclusion:
I was paying 12-15k$ for this kind of development (from scratch) and was already considering it inefficient.! 40k$ for this development looks like a robbery to me and I’m voting against the final payment unless we resolve all the questions that arose.

Thank you for taking the time to review and provide feedback. We want everything to be as clean and open as possible, so we have sent the detailed task report to your community.

Initial task estimation
The initial estimate is a rough breakdown of time, which includes various risks that may arise during the development process. It is the time that goes beyond - this is the time for risks, which we have now tracked into specific tasks, and in the assessment, they were included as additional activity (code review, refactoring, task analysis, bug fixing 20%, stabilization stage)

Logged time
You may also notice that some tasks were not time spent at all, and some really went beyond the initial estimate. During development, some kind of library conflicts, clarifications, and rewriting of already written code often arise, and in order not to create a separate task for each such small task, we tracked all this in a common task. This gave you the impression that some tasks took longer than expected. Therefore, there are no serious deviations from expectations for the budget agreed upon at the beginning.

Requirements
I also want to draw your attention to the fact that in the BA phase, after all, not all points were described, we learned many requirements already in the development process which is more than natural. Therefore, we did not just work with ready-made functionality and make a new markup. We also did an investigation and require clarification, because not everything was included in the initial design (for example, work with phases, networks, and texts related to functionality)

We will write a soon post with an explanation of logged time of the task you wrote about.

750 hours for Oh My Opium
is that a joke!?
maximum 40 hours of one front end developer

you done a nice work. I like the design of it!!!
The code is clean. This project takes more than 40 hours

How much do Filter pools cost at all, etc?

The time spent on a specific task does not mean that it was spent specifically purely on the implementation of this functionality. This could include the developer’s time for merge requests, self-testing, bug fixing, investigation, and code updating.

This is exactly what you can see in the tasks that you have noticed, such as Wrap / Unwrap, Stepper, My stake filtering, and IPFS investigation. Somewhere in the process of development, new interdependencies arose, somewhere new functionality was discovered, somewhere more initial estimated communication and investigation were required.

I have looked at the team and the rates, they look very experienced and senior.

Talking on my experience, front-end itself (https://opiumdevcodemotionninja-development.on.fleek.co/) will be done only by the first developer (7 years of experience) within few weeks. There is no doubts for it, it is clear - markup and simple logic.

However maybe I am missing something - is it only this front end or backend/solidity development? 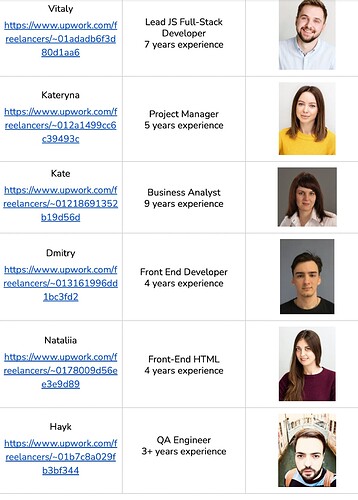 The time spent on a specific task does not mean that it was spent specifically purely on the implementation of this functionality. This could include the developer’s time for merge requests, self-testing, bug fixing, investigation, and code updating.

This is exactly what you can see in the tasks that you have noticed, such as Wrap / Unwrap, Stepper, My stake filtering, and IPFS investigation. Somewhere in the process of development, new interdependencies arose, somewhere new functionality was discovered, somewhere more initial estimated communication and investigation were required.

however this does not sound like it were senior experienced devs

lol wtf, i implemented initial version for free, just to contribute to the project

give me 5k$ grant in timelocked OPIUM i’ll implement same functionality and add Opium 2.0 updates as a cherry on top

750 hours is extreme, you cant sell yourself as ‘senior developers’ ask for a premium rate and than spend a field day developing. it is not And And but OR OR - if you are junior developers then you can justify more time spent at lower rate, but senior means senior - you dont have spend time on learning and trial as you know it already - i have seen at least a 100 contracts by now, this is a bit too much now in comparison. I have seen a bank app (proper operating account system) developed in less than time then this, and that stuff is regulated by Central Bank!